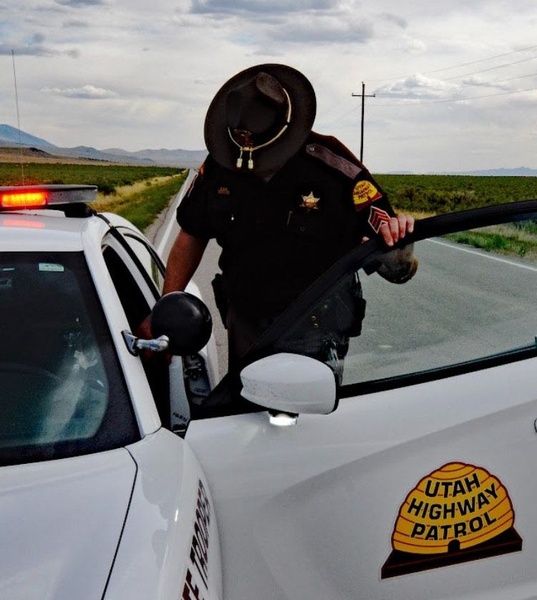 Craig served on a peacekeeping mission to Bosnia-Herzegovina from 1995 to 1996, and to Kosovo from 2000 to 2001. He also was assigned to the US Secret Service in Washington, D.C., due to his EOD expertise.

During one of the hundreds of emergency responses, Craig and his EOD team showed exemplary bravery while rending safe one of many explosive devices and was awarded the Bronze Star for his and his team’s valiant bravery.

Craig was an inspiration to his peers and his subordinates. His leadership as an honorable, savvy EOD technician and sought-after mentor as a noncommissioned officer characterized Craig’s Army career.

In 2001, Craig joined the Utah Highway Patrol (UHP) and his first assignment was the 2002 Olympics. For his entire 20-year career with UHP, Craig was a patrolman with UHP Section 8 in Wendover, UT. Craig chose to stay in Wendover, bringing stability and continuity to the Wendover Section.

Craig achieved certification as an accident reconstructionist for UHP and testified as an expert witness in court for many accident investigations. Craig also shared his knowledge with new troopers who learned a great deal from him regarding the handling of accidents.

Craig achieved much as a soldier and trooper but it was as a husband and father Craig had no equal.

Craig and Brooke met on a blind date and eight months later in June 2004 were married. In June 2014 they were doubly blessed by the births of their twin daughters Maisie and Paige.

Craig is survived by his wife Brooke and daughters. Also surviving him are his parents David and Suzanne Ward of Dayton, ID, brother Rick (Dawna), sisters Julie and Lynn (Jason) Ringer, and nieces and nephews. He was preceded in death by brothers Jared and John.

A funeral service will be held at noon Thursday, April 28th, at Deseret Peak Complex in Grantsville, UT.

To order memorial trees or send flowers to the family in memory of Craig Ward, please visit our flower store.