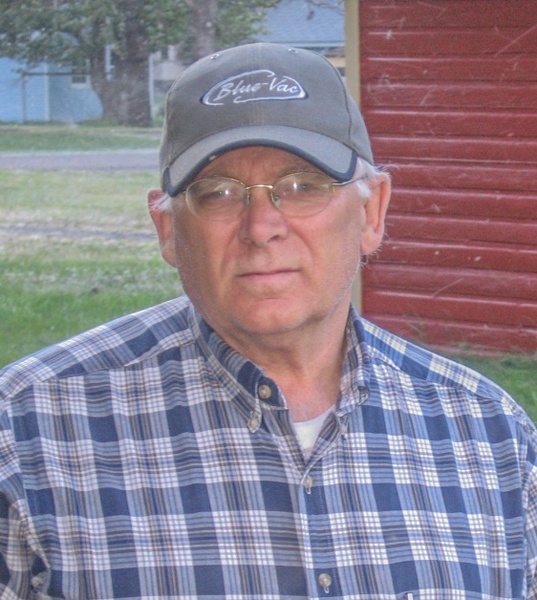 Cliff was born on July 10, 1949, in Raymond, Alberta as the second of eight children in his family. He spent his younger years fishing, and hunting with his scrappy dog, Tippy. His stories often reminded us of Tom Sawyer and his adventures. Everyone who knows him would describe him as a fighter. He was born a fighter and continued to fight until the very end.

He married his wife, Pat, on June 12, 1969, in Taber, Alberta. There they were blessed with seven children. They remained in the same area until the early 90’s when they immigrated to the United States. Cliff was very skilled with his hands. He worked over 25 years as an autobody technician repairing and restoring cars. He was a Jack of all trades who could fix anything. Much of what he worked on was done for others. There isn’t anything Cliff wouldn’t have done for anyone. He loved a good challenge. Cliff could renovate homes, refinish furniture, and weld pretty much anything. He wasn’t scared to tackle any task. If he didn’t know how to do it, he would figure it out and get it done.

Cliff was a man of deep feeling and few words. Cliff had a great sense of humor and he loved to tease. Many people were caught off guard by his quick wit and sarcastic remarks.

He loved his family and made sure they were provided for, whatever it took. He taught his kids how to work hard and serve others selflessly. There were lots of early morning memories made serving the widows in the ward, shoveling walks, and tending yards. He loved God and had a strong testimony of the restored gospel of Jesus Christ.

Not only did Cliff fight to the very end, but he worked hard to the very end. Among the many things he created in his life, the most recent memorials of his work ethic left behind are: a greenhouse (his sanctuary), a chicken coop, a bunny hutch (patterned after one from his childhood), and a playhouse for his grandchildren to enjoy.

He will be sorely missed, but his example of faith, hard work, determination, and selfless service are all characteristics that leave their mark on his children, their families and will remain as his legacy.

Click on link below for the audio recording of the funeral:

To order memorial trees or send flowers to the family in memory of Clifford Wayne Gough, please visit our flower store.