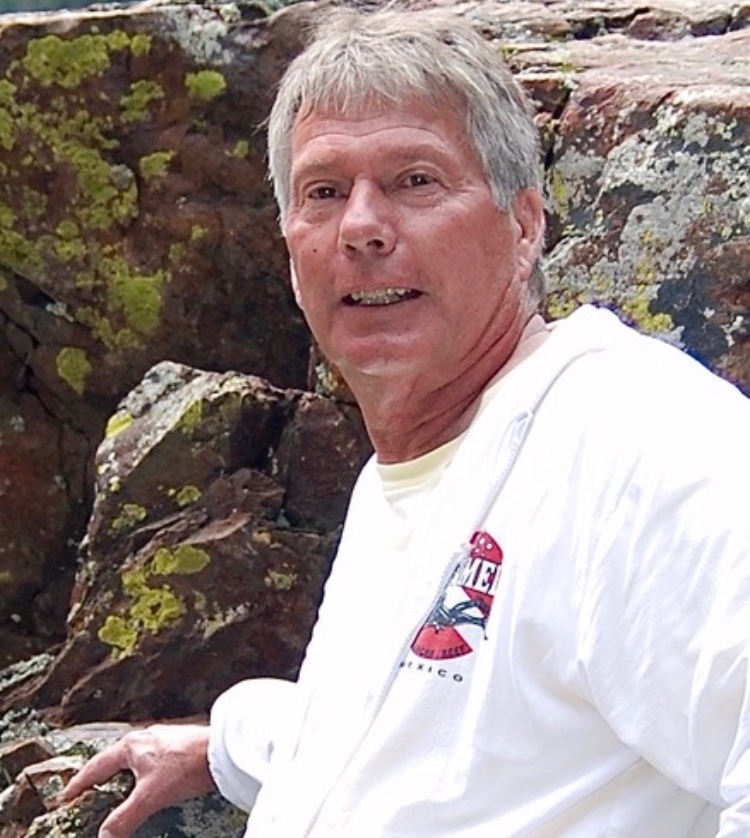 Our hero, father, grandpa, friend, and loving companion, Clair Orson McKendrick, passed on to his heavenly home on June 14, 2022, in his home in Grantsville, Utah. He was surround by his family who will miss him in so many ways. His example and love of the Lord was his strongest character trait.
He was born June 1, 1945 to Ray Orson and Annie Leona Nelson Mc Kendrick in Tooele, Utah, where he went to school and graduated from Tooele High School. His greatest love was his wife, Lorene Williamson, whom he married September 12, 1969, in Grantsville, Utah and they were later sealed in the Salt Lake Temple on June 1, 1972. Clair loved life.  Some of his favorite things were his grandchildren, family, friends, running, scuba diving, guns, photography, swimming, hiking, and telling and hearing a good story. He could pull a good joke, take one in return, and laugh at himself with great gusto. He enjoyed his Tesla and would talk your ear off if you brought it up. No one was a stranger for Clair; just a friend he was waiting to meet. He was interested in them and would tell stories and personal experiences to draw them in. He had many life long friends. He served a mission to Sweden for the Church of Jesus Christ of Latter-Day Saints. There he learned the language, and loved the country and all the people he met. He loved the gospel of Jesus Christ and knew it to be true. He returned home and continued to share his testimony of Jesus Christ throughout the rest of his life. He studied at Brigham Young University and Salt Lake Community College. In 1969, during the Vietnam War, Clair chose to serve our country and joined the Air Force. He was stationed in Syracuse, New York; San Angelo, Texas; Berlin and Frankfurt, Germany as a Russian linguist. He worked at the Tooele Army Depot, where he did many jobs and retired as an analyst in 2004. Clair did not enjoy being at home alone so he decided to work again as a substitute teacher for the Granite school district.  He also worked for Tooele County School district during the summer,  also Lockheed Martin, Mellor Engineering, and SAIC. He was re-hired by Tooele Army Depot and worked at the South Area until 2014. He loved spending time with his brothers, especially Steve. Their special relationship was evident when Steve moved next door. Clair was up to do any adventure whether rock climbing, scuba diving, or airsoft gun battles. His greatest love were his grandchildren and because of them life took on greater meaning. He found joy in their lasting joy, and would strive to bring them happiness through playing with them, providing words of wisdom and any other way he could. He became their best friend and they would call him daily so they could tell him all the activities of their day. He is survived by his wife of 53 years, Lorene, daughters, Chantelle (Jeff) Morley, Bountiful, Marlene (Wes) Hales, Salt Lake City, sons, Brent (Tamara) Gilbert, AZ and Monty (Ladonalee) of Grantsville.   Also he is survived by 18 grandchildren and 2 1/2 great grandchildren, whom he adored and praised each day, and also a brother, Steve of Tooele, and sister Sharon Bennett, Bountiful.   Clair is preceded in death by his parents, brothers, Lynn Ray McKendrick, Douglas Mc Kendrick and infant sister, Diane. The family would like to thank all those who have cared for Clair from the Huntsman Cancer Center. Dr. Patel, Dr Cannon and Dr Reddy are amazing.  We love and appreciate the time, gentle care and love you have shown. Your teams cannot be praised enough. The friends, family and neighbors who have checked with us to help do the things we could not do, we sincerely thank you.  A viewing on Monday night from 6:00 to 8:00 p.m. will be held at the Grantsville Utah Stake Center, 550 E. Durfee Street, funeral service on Tuesday, June 21, 2022, at 11:00 a.m., preceded by visitation at 10:00 a.m. Interment will be in the Grantsville Cemetery.

To order memorial trees or send flowers to the family in memory of Clair Orson Mc Kendrick, please visit our flower store.
Send a Sympathy Card