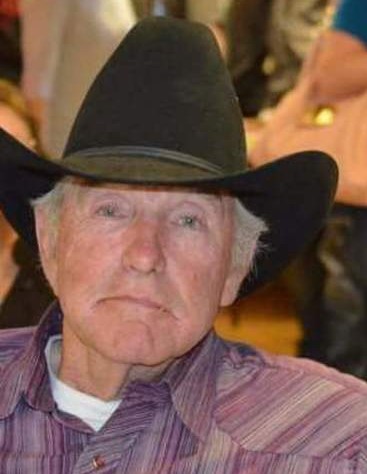 Charles “Charley” Robert Warr, also called “Charley Bob” was called back to his Heavenly Father on June 25, 2017 as a result of a sudden heart attack. Charley was born December 11, 1946 to Keith and Nina Warr in Tooele, Utah. He was the second of two sons.

He grew up in Erda as a 5 th generation Warr. He dearly loved Erda and chose to remain there the rest of his life. His love for the outdoors, working in the fields and watching his labors grow and develop brought him great peace and happiness.

Charley met his childhood sweetheart, Judy Rydalch in the third grade and their love continued to grow over the years. They were married December 18, 1965 and were later sealed in the Salt Lake Temple June 22, 1978. Charley attended Tooele High School graduating in 1965 and USU for a short time. He enlisted in the United States Army during the Vietnam War working in the Artillery/Missile Battalion serving in Okinawa and El Paso, Texas.

He started working at Vista Liner Company then moving to Tooele Army Depot in Supply and Inventory. From there he transferred to Dugway Proving Ground as a Materiel Test Director and retired with 36 years of federal service. Upon his retirement he became a full time rancher – “a dream life” so he called it. He loved working with the land, fencing, moving sprinklers and raising his cattle. In doing so, he was able to teach his entire family how to work hard and to appreciate the open space around them. Each grandkids learned to drive a pickup, corral cows, and move sprinklers and most of all to love each other.

Charley loved to fish and hunt. Fall was ‘his time’ to head to the mountains and look for the elk, deer, moose, bear and cougar. He did all these things with his family and friends whom he loved more than life itself.

Charley was a very unselfish man, and loved to help people. He was kind and took great pride in his heritage.

Charley was a member of the Grantsville Grazing Association, on the UACD Board of Directors, Erda Township Planning Commission and Tooele County Agriculture Protection Area Advisory Board.

He loved to do things with and for his family. It gave him great pleasure to watch them as they worked with him, gave him hugs and kisses, gathered cows in Idaho and share all their stories of a great hunt, a great ball game they played or the big fish they caught.

He will be remembered for his willingness to go the extra Mile no matter how hard it was.

Charley was an active member of the Church of Jesus Christ of Latter-day Saints, faithfully serving in many callings including High Priest Advisor, Counselor in the Bishopric, Scout Master and the Bishop of the Batesville Ward. He truly loved the members of his ward and was so concerned about them.

To order memorial trees or send flowers to the family in memory of Charles Warr, please visit our flower store.
Send a Sympathy Card