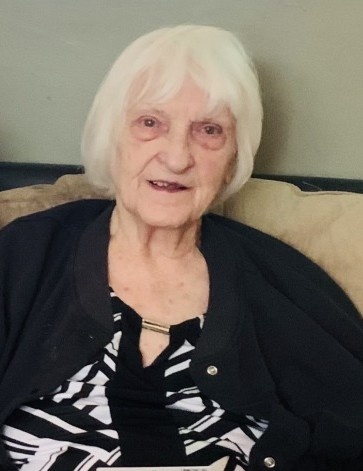 Carol Zittelle Donlay (Nana) passed away at her home on October 23, 2020. She was born October 17, 1936 to Seth Ira Johnson and Dagmar Eliza Johnson. She was the youngest of 8 children; 6 brothers: LaVerl (Lee) & Jewel johnson, Arther (Art) & Delma Johnson, Ira (Bud) & Jeanette Johnson, Robert & Nellie Johnson, Kenneth & June Johnson, Edward (Ted) & Irene Johnson, and 1 sister: Anna & Richard Asay. Despite being from a large family Carol only had one child, Lori Lee Donlay; 2 grandchildren, Kristina Rene Fredrickson and Alexis J. Marshall (Allie); and 5 great-grandchildren, Elizabeth Rich, Lexi Jones, Kalli Fredrickson, Mannix Gill, and Sophia Verdin. She lived for her family.  She was at every event and holiday and the rock for all her family, even the extended. She would give the shirt off her back to help and she always had an ear to listen. She loved to craft, bake, knit, and even build things. She was the jack of all trades. She retired from Questar Gas, where she worked as a meter reader. It was there that she found her dream home that later became "ground zero" for the family. She is preceded in death by her parents, 6 brothers and 1 sister. She is survived by her grandchildren, great-grandchildren, many cousins, nieces and nephews. A special thanks to Leslie Johnson for all the lunches and always making Nana feel special. We will be having a graveside service at a later date at Redwood Memorial Estates.

To order memorial trees or send flowers to the family in memory of Carol Donlay, please visit our flower store.
Send a Sympathy Card