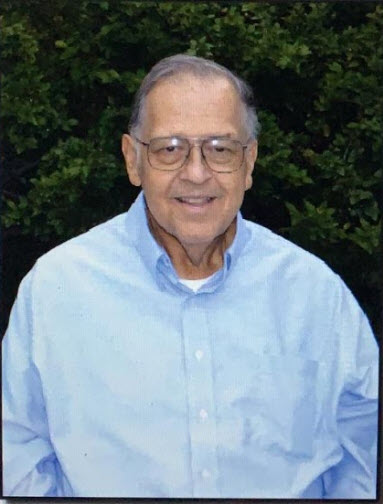 Carl Edward Frampton, peacefully passed away in his home surrounded by love, Thursday, April 2, 2020. Carl was born in Grass Valley CA on April 10, 1942, moving to Tooele UT with his family shortly thereafter. Carl was raised by his mother Mary Antonia Homan Frampton as an only child after her husband Carl Albert Frampton passed away from a mining accident when Carl was three years old.

Carl had many good friends in his neighborhood in Tooele and it was those friends that introduced him to the Church of Jesus Christ of Latter-day Saints; he was a teenager when he joined the church. After graduating from Tooele High School, he attended the University of Utah. While there, he played on the golf team and enjoyed studying business. Dad loved golf! He would occasionally share a story or two about the course up on campus and his adventures from his youth. He spent many days on the greens in Stansbury Park with friends and family. Carl could tell you when and where every major tournament was played throughout the year; you always knew where you could find him on any of those days -- watching along at home.

Carl also enjoyed trap and skeet shooting and was very successful at both. He won several tournaments and awards and even competed in tournaments while the family was living in Germany. He taught his kids how to shoot and they have fond memories of shooting in the foothills outside Grantsville with dad.

Carl spent his career working in Civil Service as an auditor first at the Tooele Army Depot (which is where he and Ann met). He ended his long career working for the government when he retired from Dugway Proving Grounds. He went on many TDY trips including a 3-year position in Germany where his second child, Jon, was born. It was a big adventure for their young family to be living in Europe and touring many sites and countries in their pickup truck.

This love of travel didn’t end when they returned to Grantsville in the early 70s as there were many road trips, from Disneyland in the station wagon to Gettysburg in the luxury van, and many places in between. The family drove cross country camping along the way while making sure to stop at important places like the Pro Football Hall of Fame and the original Cabela’s in Nebraska. There are so many great memories we cherish of trips together when we were young of camping, fishing, and traveling. Without fail, every road trip required us to be “forced” to listen to cassette tape of Neil Diamond’s The Jazz Singer or Johnny Horton. It was torturous as a child, but now you can find at least one song on each of his kid’s playlists.

Carl loved his family and friends. He wasn’t overly expressive in his emotions, but it was always obvious how much love he had for those who were close to him. Carl and his family have so much love, respect and profound gratitude for those who served him in his later years while he was on dialysis. His lifelong friends and his 5th ward family will always have a special place in our hearts for all they have done for our dad. And to our aunt Clara, we will forever be grateful for the love you have given and the peace you have brought to us knowing you were there for him, and for us. We love you.

He was interred at the Tooele City Cemetery on 4th of April, 2020.

Click to download / open
To order memorial trees or send flowers to the family in memory of Carl Frampton, please visit our flower store.
Send a Sympathy Card