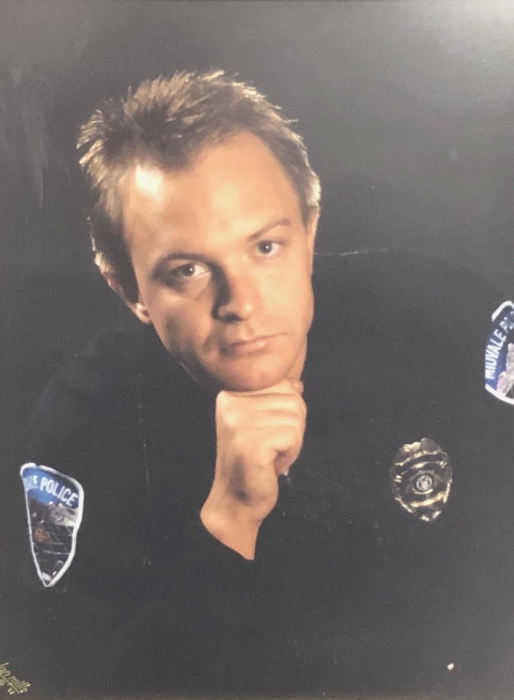 Brent Clifford Griffith, age 51, passed away from a heart attack on May 27th, 2019 in the University of Utah MICU.

Brent was born in Nurnberg, Germany on September 3rd, 1967 to Scott and Mary Griffith. As a child he loved to hunt and ski. He graduated Taylorsville High School, class of 1985.

He fulfilled his life long dream of becoming a police officer in 1995 when he joined the Midvale Police Department. He later transferred to the West Jordan Police Department and proudly served there until 2003; his 10-year career in law enforcement ended due to back injuries he sustained from being hit by a fleeing fugitive.

Brent was an amazing kind man with a heart of gold. He would have given you the shirt off his back. He had a great sense of humor and always kept us laughing and made sure we always had a smile on our face, even though since the accident he suffered from chronic back pain.

Brent's grandchildren were the light of his life and brought him immeasurable amounts of joy. Our last time being together as an extended family was when he had the honor of blessing his granddaughter as a proud grandfather.

We are very grateful for the support he received from his close friends and ward members. Friends and family are invited to attend funeral services at 10:00 am on Tuesday, June 4th at the LDS Church located at 415 W Apple St, Grantsville. A viewing will be held one hour prior to the service at the same location. A special thanks to Bishop Gilbert for all your love and compassion. You are an amazing man.

To order memorial trees or send flowers to the family in memory of Brent Griffith, please visit our flower store.
Send a Sympathy Card