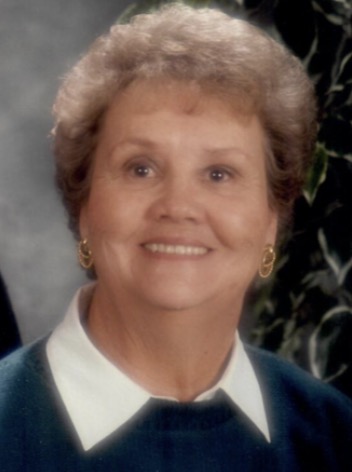 Betty Joan Lawrence Drake passed away early on Tuesday morning, September 1st of conditions incident to age. Betty took great joy in the outpouring of love and affection shown by her many friends and family who made special efforts to visit her in recent months.

Betty was born in Reno, Nevada on December 1, 1931, to Elbert Raynor and Goldie Judd Lawrence. She was the third of four children. Her parents relocated the family back to Grantsville when Betty was two and she remained a proud resident for the rest of her life. Betty married Ray Lee Drake on May 6, 1955 and they were later sealed in the Salt Lake Temple, on April 22nd, 1958.

Being a descendent of the first pioneers to settle Grantsville, Betty took great pride in her pioneer heritage and was a member of Daughters of Utah Pioneers. She actively supported community events and was honored as the Grand Marshall of Grantsville’s 2018 Fourth of July Parade.

Betty was also a devout member of the Church of Jesus Christ of Latter-day Saints. She loved people and lived her testimony through service. She served faithfully in Church callings throughout her life. Her favorite calling was being able to serve alongside Ray as the Grantsville West Stake Baptism Coordinators.

Family was everything to Betty. She was a true matriarch in every sense. She and Ray raised their four children in Grantsville, amidst extended family. Betty worked for years in the Grantsville High School lunchroom , where she loved interacting with the students. Nothing fulfilled her more, however, than being “Nana” to her 9 grandchildren and 5 great-grandchildren. She fostered unique bonds with each of them.

The family would like to express their heartfelt appreciation to the staff at Diamond Janes Assisted Living and Active Hospice, who were so attentive and caring.

To order memorial trees or send flowers to the family in memory of Betty Drake, please visit our flower store.
Send a Sympathy Card